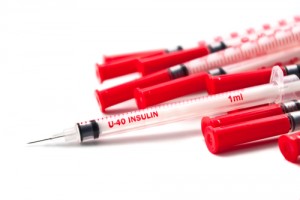 Opiate (or opioid) classes of drugs include heroin, codeine, pethidine, morphine and methadone. Heroin use in this country emerged in the 1980s and was initially confined to the Dublin area. This pattern has changed in the last decade and the drug is now found in almost every major city and town in the country. Unfortunately treatment services have not grown to meet this need and many areas of the country have no little or no treatment.

Symptoms of heroin dependence include users taking greater amounts of the drug to achieve the same effect, cravings for the drug, difficulty stopping the drug or will symptoms of withdrawal if an attempt is made to stop using the drug. Users may also develop other consequences of drug use such as deterioration in relationships, job losses etc. Heroin can be smoked (‘chasing the dragon’) or injected.

Complications of injecting include the development of skin infections or abscesses and the transmission of blood borne viruses such as Hepatitis C or HIV (from sharing contaminated syringes and paraphernalia). Blood clots can occur particularly if users inject into their groin.

The treatment of choice for opiate addiction is opioid medication (e.g. methadone and buprenorphine or codeine)

Codeine is found in many over the counter preparations (e.g. Solpadeine, Nurofen Plus). The prevalence of codeine addiction in Ireland is unknown. Users often take the medication legitimately as analgesia. A small but significant minority develop physical dependence. One of the biggest complications of maintaining codeine addiction is the side effects of the other compounds contained in the these preparations. For example, Solpadeine contains paracetamol which in sufficient quantities can cause liver damage and, potentially, liver failure. Nurofen Plus contains Ibuprofen which can cause peptic ulceration. These ulcers can bleed or perforate and this is a surgical emergency.

Like heroin addiction, codeine addiction can be successfully treated with methadone, buprenorphine or codeine.

If you feel you have a codeine problem contact the clinic for a consultation with Dr McGovern.

Priority Medical Clinic is committed to protecting the privacy and security of your Personal Information. This website uses cookies to improve your browsing experience.Accept Read More

This website uses cookies to improve your experience while you navigate through the website. Out of these, the cookies that are categorized as necessary are stored on your browser as they are essential for the working of basic functionalities of the website. We also use third-party cookies that help us analyze and understand how you use this website. These cookies will be stored in your browser only with your consent. You also have the option to opt-out of these cookies. But opting out of some of these cookies may affect your browsing experience.
Necessary Always Enabled
Necessary cookies are absolutely essential for the website to function properly. This category only includes cookies that ensures basic functionalities and security features of the website. These cookies do not store any personal information.
Non-necessary
Any cookies that may not be particularly necessary for the website to function and is used specifically to collect user personal data via analytics, ads, other embedded contents are termed as non-necessary cookies. It is mandatory to procure user consent prior to running these cookies on your website.
SAVE & ACCEPT