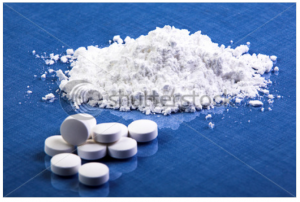 The stimulant classes of drugs include cocaine, amphetamines, ecstasy (MDMA) and certain ‘head shop’ drugs such as mephedrone. These drugs work on the central nervous system and dopamine pathways and interfere with the ‘reward centre’ of the brain. This results in users continuing the use the drug for its pleasurable euphoric effects.

Symptoms of cocaine use, for example, include increased energy and mental alertness, hyperactivity and possibly tremors, euphoria, talkativeness, rapid pulse and raised breathing rate, raised body temperature and blood pressure, a runny or stuffy nose and occasionally a bleeding nose, a decrease in appetite, an inflated sense of power or strength, confusion, paranoia, panic and anxiety, hallucinations and dilated pupils. Users coming down off cocaine often suffer from lethargy, intense sleepiness and often depression.

Currently there is no drug that has been proven to successfully treat stimulant abuse. The intervention with the greatest evidence base is cognitive behavioural therapy. The programme at the Priority Medical Clinic will help patients deal with the consequences of drug use.

Priority Medical Clinic is committed to protecting the privacy and security of your Personal Information. This website uses cookies to improve your browsing experience.Accept Read More

This website uses cookies to improve your experience while you navigate through the website. Out of these, the cookies that are categorized as necessary are stored on your browser as they are essential for the working of basic functionalities of the website. We also use third-party cookies that help us analyze and understand how you use this website. These cookies will be stored in your browser only with your consent. You also have the option to opt-out of these cookies. But opting out of some of these cookies may affect your browsing experience.
Necessary Always Enabled
Necessary cookies are absolutely essential for the website to function properly. This category only includes cookies that ensures basic functionalities and security features of the website. These cookies do not store any personal information.
Non-necessary
Any cookies that may not be particularly necessary for the website to function and is used specifically to collect user personal data via analytics, ads, other embedded contents are termed as non-necessary cookies. It is mandatory to procure user consent prior to running these cookies on your website.
SAVE & ACCEPT